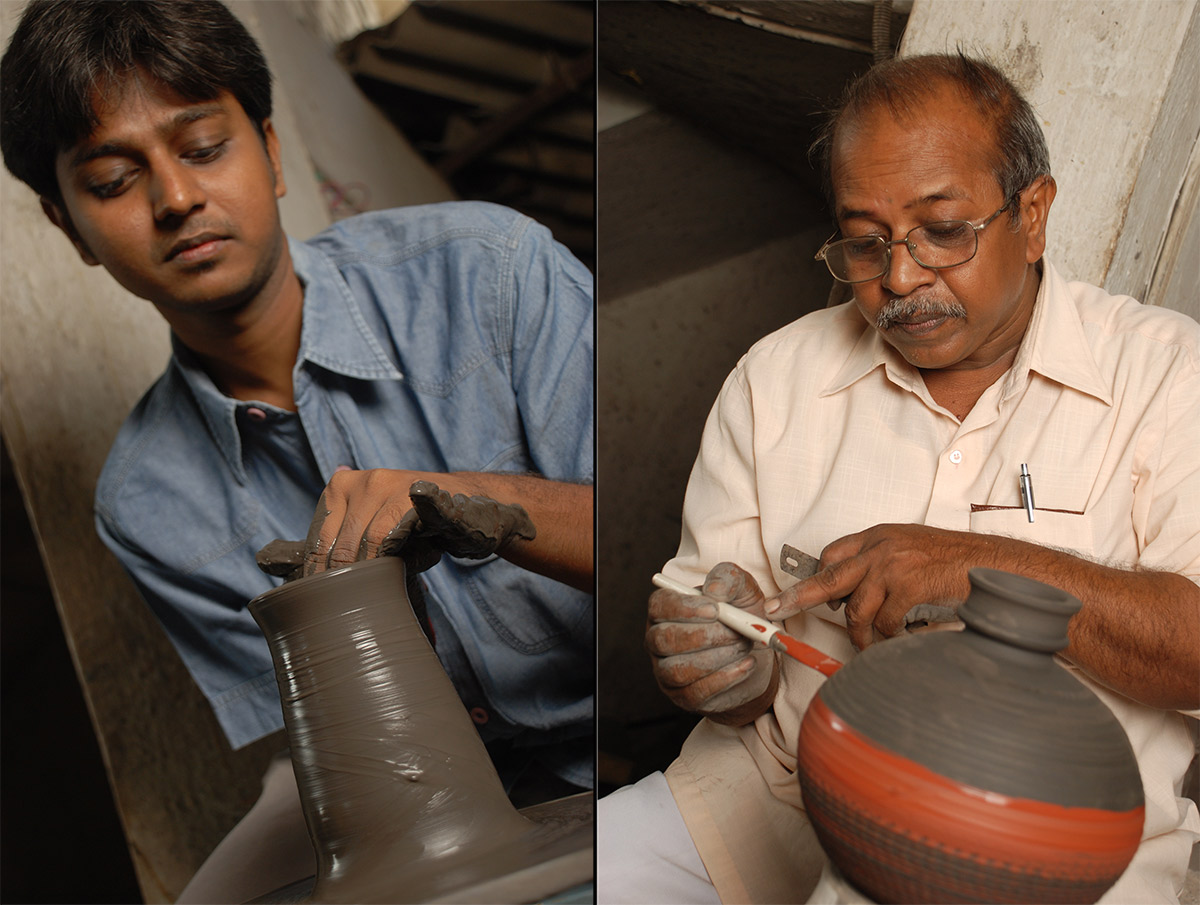 B.R. Pandit born in 1949 in Bihar. A third generation potter, Brahmadeo Pandit began his career at Sokodevra Ashram at the age of 19. Panditji owes his undying passion for pottery to his early years at KVIC Central Village Pottery Institute at Khanapur and later, the experience of working with L.R. Ajgaonkar, noted ceramic artist in Kalanagar Bandra Mumbai. He has also trained in Lalit Kala Akademi Garhi in Delhi. Pandit taught pottery at the Sophia Polytechnic and the Kamla Mehta Institute for the Blind in Mumbai.

Panditji has travelled to Japan for cultural exchange programmes, as well as to Germany, Spain, and Africa, where he was sent by the government of India to conduct pottery workshops. Recently, he was commissioned to create the ceramic art installation titled Water at the Mumbai International Airport T2.

An acknowledged master of glazes, B R Pandit’s work is distinguished by his sparkling red copper-reduction glazed pots, the mottled blue soda-fired glazed pots and chatter-marked pots. Some of his best works include those with metallic finishes, and most recently, vases using the ‘smoked’ Raku technique. Panditji’s studio pottery workshop called Pandit Art Ceramic, located in KalakarNiwas, Bhayander turns out over three hundred bonsai and ikebana pots everyday where he is very ably assisted by his wife Devki and sons Abhay and Shailesh.

Awards for his work include The Maharashtra State Award (1991), the title of ‘Shipa Guru’, awarded by the Government of India in 2008 and most recently he was awarded India’s highest civilian honour, the Padma Shri in 2013. Pandit’s creations have been included in a book, Contemporary Ceramics, edited by Emmanuel Cooper.