I Have Lost Me: Birds of Passage 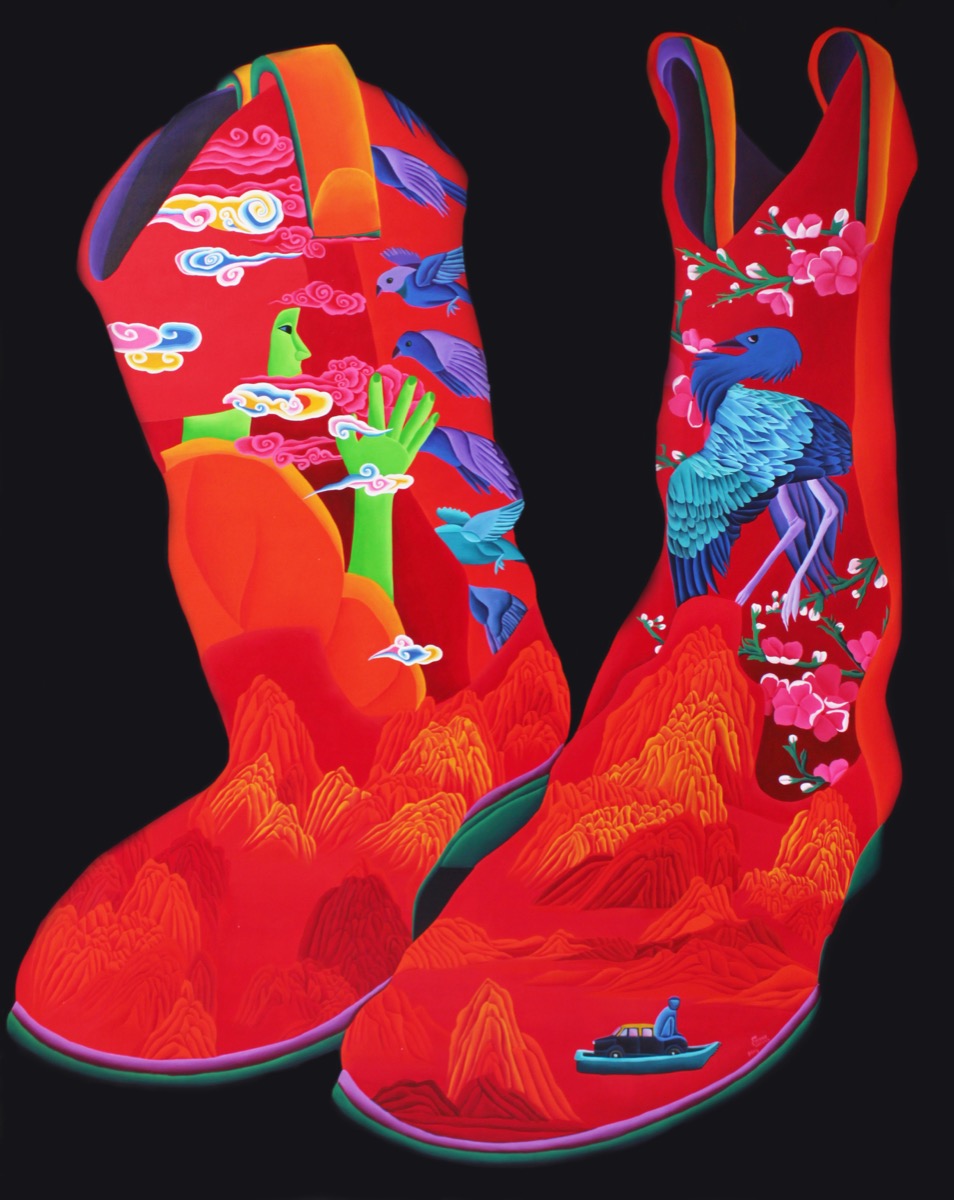 Sunanda Khajuria’s solo show, I Have Lost Me: Birds of Passage, speaks to the notion of perpetual motion, transition and eventual transformation, a concept deeply embedded in Chinese traditional painting and Taoist philosophy. Khajuria, who is currently completing her Ph.D. at the Wuhan University of Technology in China, builds upon the concept of travel, that draws from her personal experiences when she visited various countries as part of her residencies, and which she explored extensively in her Moving Landscape series. In the current body of work, travel has morphed and matured into an exploration of migration, both local and global – a concept of particular relevance today, when the COVID pandemic has made many reassess how they travel and where they eventually want to settle. The majority of the works in this series were made during extended periods of lockdown while Khajuria was living in her hometown of Panthal in Jammu, India.Khajuria employs a colourful, vibrant palette in her works, influenced by both an Indian and Chinese aesthetic and infused with an abundance of symbolism, with “elements or objects I have collected during my journey”, as she puts it.

Flying birds, dragonflies, clouds, fish, water, mountains and shoes are just some of the recurrent imagery found in Khajuria’s painting, but each, carefully placed and orchestrated point back to the overall concept of a shift and transition from one state to another. For example, the predominance of cherry blossoms in Khajuria’s works speak to the cycle of birth, death and renewal; clouds represent emotions and feelings, that are ever changing; and mountains, which are elemental Taoist symbols, represent wisdom that is ever evolving. Taken together, the works in Birds of Passage themselves reflect the next step of a relationship and journey with the visual medium that Khajuria embarked on many years ago – but one that has not reached its final destination.Sunanda Khajuria (b. 1979) completed her B.F.A. (Painting) from the Institute of Music and Fine Art, Jammu (2002), and did her M.F.A. (Painting) from the College of Art, New Delhi (2005). Subsequently, she participated in an Advanced Research Program at the China Academy of Fine Art, Hangzhou, China, where she also learned the Chinese language and Chinese traditional art. Khajuria has participated in many residencies including the W.H.A.T. Art Residency (Tanzania), and other international art residencies and projects (Australia, Italy, Russia and China). The recipient of many awards, most recently Khajuria was selected as one of the 13 artists for the Lakshmi Mittal and Family South Asia Institute’s 2020-2021 Visiting Artist Fellowship at Harvard University. Sunanda Khajuria lives and works in India and China.